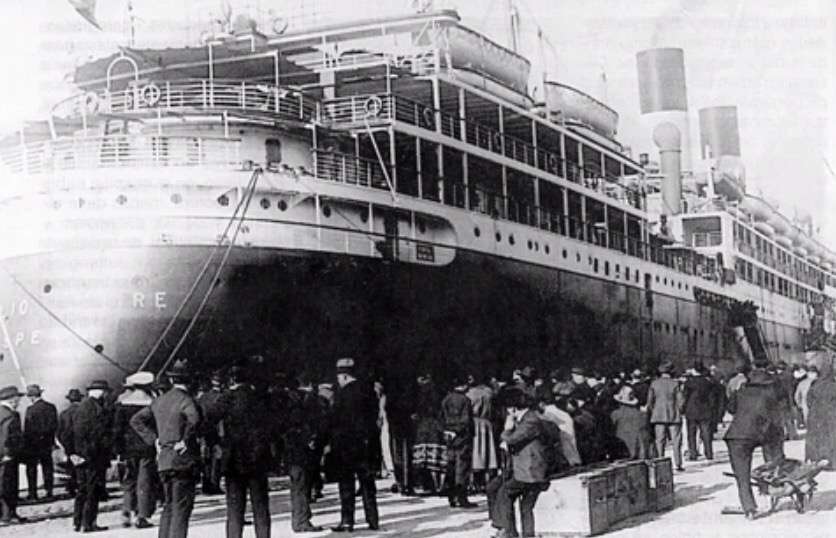 This is the month of the immigrant, so I will talk about one of the most interesting entrepreneurial adventures; Be an immigrant from the 19th and 20th centuries

Argentina after the United States is the country with the largest immigration flow in history.

The country was designed by French freemasons and at the beginning of the last century together with the Italians they were a majority in Buenos Aires, but now their descendants only represent 17% of the population, although they left us the architecture. Haha.

Italian immigration surpasses Spanish by over 15%; that is, approximately 47% of immigration was Italian and 32% Spanish, and it is estimated that more than 65% of the country’s population has Italian descent.

In the province of Chubut, Scottish is better spoken than in Scotland, as Scotland lost a lot of language due to English influence.

After the United States and Canada, Argentina has the third largest community of Jews in the Americas and the seventh in the world.

Only 8% of the population has German descent, despite being one of the communities that contributes most to the country. Taking Nazi refugees out of the equation, many of those Germans, some previously settled in Russia, were first in Brazil and then came here, not by boat as one supposed.

Of our bordering countries, the largest community is the Paraguayan with more than 300 thousand inhabitants.
If you want to know where your grandparents or great-grandparents came from, you can go to the General Archive of La Nación or CEMLA in the Autonomous City of Buenos Aires. For less than two dollars they will give you a list of the entrance to the country of the person you ask.

Stress: Today's Syndrome
Total Quarantine it's a huge mistake to me
The decision law of 40 to 70%
Why is the United States called "America"?
Tips to transform technology into productivity